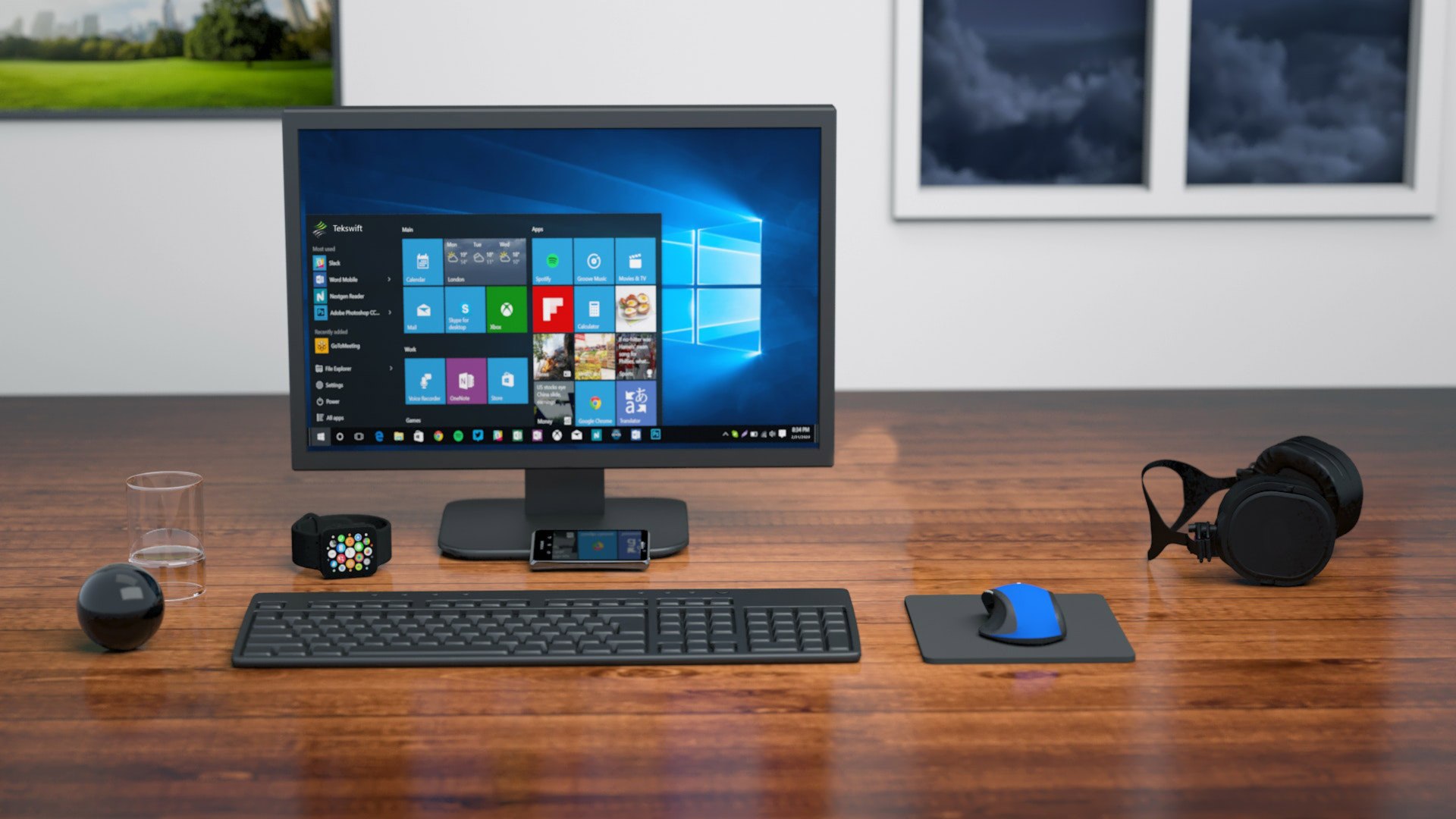 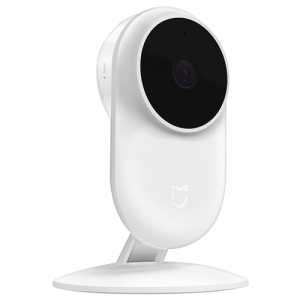 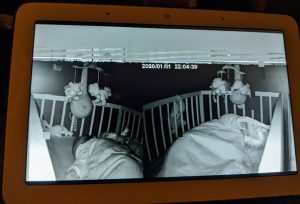 That’s Not My House!

Chinese electronics company Xiaomi (pronounced: shao-mi) recently found itself in hot water over a recent ‘mix up’ which caused an undetermined number of users’ security camera feeds to be streamed to the wrong accounts. The first account of this behavior was reported by Reddit user “Dio-V” who wrote that by checking the camera feed on his Google Nest Hub device, he observed stills from office spaces, living rooms, and even children’s bedrooms. The issue appears limited to the Mijia brand of surveillance cameras, specifically the very affordable Mijia 1080P model which integrates with Google Assistant and Amazon Alexa.

In response, Google has disabled Xiaomi’s connection to Assistant, no changes to Alexa have been reported at this time. But just in case, it might be worthwhile to disconnect or disable these cameras until a fix is announced.

If you’ve noticed notebooks and PCs priced $100-$200 lower than usual, chances are they contain a chip from AMD known as Ryzen (rye-zen). For almost two decades, the ubiquitous “Intel Inside” or “i5”, or “i7” stickers could be found on nearly all OEM machines. But as of late 2019, some eagle-eyed shoppers noticed a different sticker in place of the aforementioned. In fact, we receive several calls every day regarding the reputation of this apparent newcomer “Ryzen”. We are happy to report the latest range of CPUs from AMD are the real deal.

Our Intel based editing machine from 2008 stickered for ~$5k, shod with a Xeon W3680 CPU. The processor had six processing cores (12 threads) and kept pace with modern variants for a decade. The Xeon was replaced with a Ryzen 3900X, which has 12 processing cores (24 threads) for less than $500, reliably doubling our output for far less money.

Competition is a good thing. It boosts innovation while driving down cost. In all cases the consumer wins. Intel has not successfully supplanted AMD’s recent success. Since Q3 of 2019, Intel brought several refreshes of existing hardware, coupled with price-cutting to preserve market share. These efforts have been in vain. Of course we don’t want AMD to become the Julius Caesar of PCs, so here’s hoping Intel can right the ship (and keep prices low) in 2020. 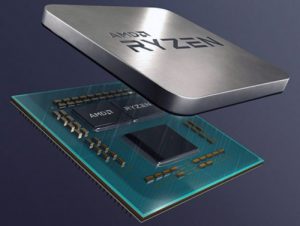 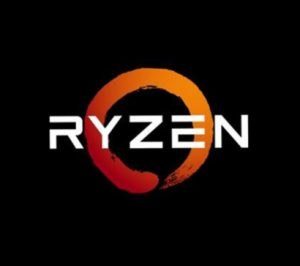 A recent study released by Dr. Tim Brown of Manchester University suggests that earlier testing may not have accounted for the intensity of the light which reaches the eye. Put differently, previous studies inadvertently dimmed the amount of blue light reaching the eye when changing colors. This caused an uncorrelated effect on circadian rhythm. Dr. Brown’s study found that by carefully metering the intensity of the blue light to match that of white and yellow, the foremost had the least effect on the internal clock of mice used in the testing.

This is interesting stuff, though there’s no telling when a competing study will reverse the course once again.

Selfies, HD & 4K video, saved Snaps and of course, everyday photos. Your phone’s storage dutifully accepts and retains torrents of incoming data for a lifetime (on average about 21.7 months). And while options abound for offloading your phone’s data, they aren’t all equal. Continue reading to find out how you can enjoy fast Android file transfers on your network.

The Question
Why are local network file transfers on Android so @$^% slow?!

The tests were conducted using a single 1.5GB file, uploaded to and downloaded from the QNAP using SMB and FTP protocols. For its part, the LG will be connected to the Nighthawk’s 5GHz band on 802.11ac with an 80MHz channel width and using MU-MIMO.

First, we tested the network via a wired connection to be sure no funny business could be attributed to the LAN backbone, nor the NAS.

With everything appearing fine here (save for a bit of cache under-run on the NAS when downloading) we moved on to testing the handset on the same WiFi AP.

Server Message Block, or SMB for short is a protocol used to interface with network resources. These days SMB is most often used for transferring file data within networks. During testing, the LG began to heat up, quite a bit actually. As a result, the handset took a measurable hit in throughput. Turns out that this was mostly an issue for SMB, but more on that later. To maintain repeatable test results, the phone was cooled to about 48° Fahrenheit (9°C), and placed back into the freezer after each round of testing.

File Transfer Protocol (FTP) has long been the standard protocol used for transferring files between a client and server on a network. We like to think of FTP as the granddaddy of available file transfer protocols. FTP is built on a client-server model architecture and uses separate control and data connections between the client and the server. What does that mean? Well in the case of this test, it means that the handset is able to transfer data in a less bureaucratic way, spending more time transferring your file’s bits, instead of talking to the data source about how and when to transfer them. It’s likely obvious at this point which one we favor.

Clearly, FTP is the winner here, but why?

As we mentioned earlier, FTP communicates in a more direct fashion when managing data transfers. The protocol has less overhead when asking for, or offering data with a server. It is because of this that more of the computing power available to clients and servers can be dedicated to the task at hand. Remember how we said the LG handset started to heat up when using SMB? The “B” in SMB stands for “Block”. The overhead of communicating each “block” of data with the server hamstrings the client’s efforts, especially in this case as the LG’s processing power is limited, relative to a modern desktop PC.

Is SMB dead?
Maybe not. Recently a new version was released with Windows 10, predictably-named SMB 3.0. It is said to greatly enhance network data transfer performance, while costing less in compute overhead. Sadly, the latest version is not yet available on Android (maybe in fuchsia OS?) so we weren’t able to test it.

So for fast android file transfers on your home network, FTP is (for now, and the foreseeable future) the way to go. Obviously, connecting an ethernet dongle would help somewhat, though we didn’t feel the need to test one as the pitfalls persist. Now we should point out that setting up FTP on your home network can be a bit tricky for newbies, but if you’re up to the task, check out CuteFTP Server, or FileZilla Server.